The Nature of Systems Philosophy 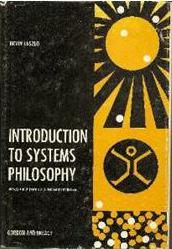 Systems Philosophy is the philosophical component of Systemology, the transdisciplinary field concerned with the scientific study of all kinds of systems.  Systems Philosophy was formally founded in the 1970s as a scientific branch of philosophy, that is, one that respects and incorporates the findings of science, and proceeds in the way science does, i.e. by insisting on rigour, internal consistency, clarity, consistency between theory and observations, and subjecting its theories and models to empirical testing. As a scientific philosophy it embraced moderate forms of Naturalism (the idea that all changes in the concrete world are proportionate to changes elsewhere), Realism (the idea that the world has some objective aspects) and Scientism (the idea that science progressively reveals the truth about the nature of the concrete world).  It nevertheless remained philosophical in the sense that its objective is to make sense of the world and our place in it, and it tries to find ways to answer questions of ultimate concern.  As a philosophical framework it started out as a systems oriented and moderate version of what is sometimes called "Scientific Realism" or "Scientific Materialism".  In its original form it was the philosophical component of what was then called "General Systems Theory in the broad sense", and which has since been more appropriately renamed "General Systemology" (see papers by Pouvreau and Drack in the reading list).

The field of systems studies has expanded greatly in the last half century.  As academics from different disciplines increasingly engaged with the systems paradigm the philosophical perspectives within Systemology diversified, and today Systems Philosophy includes not only the naturalistic strand it started as but it also has strands that are unscientific, anti-scientific, heuristic or phenomenological, e.g. grounded in Radical Constructivism, Postmodernism, Idealism, Radical Holism, Discordant Pluralism, and so on.  That said, the 'centre of gravity' of Systems Philosophy in terms of attention by academic philosophers still lies with the scientific realist approach of the founders of Systems Philosophy (see section on History and Development of Systems Philosophy).