What is Systems Philosophy? 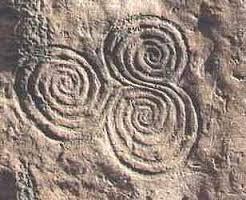 Systems Philosophy is the philosophical component of Systemology, the transdisciplinary field concerned with the scientific study of all kinds of systems. In general terms Systems Philosophy arose out of the need to develop a scientific worldview that reflected the realization that everything in the concrete world is a system or part of one, with "system" being understood as "a whole that functions as a whole in virtue of the relationship between its parts". The implication of this insight is that to properly understand something we have to understand not only its composition (as in the classical reductionistic approach), but also the relationships between its parts, between the parts and the whole, and between the whole and its environment. This calls for a change in perspective in how we conceptualise, study and engage with the concrete world. The central aim of Systems Philosophy is to articulate the systems worldview and find ways to use it to help solve important problems in science, philosophy and society.

Systems Philosophy arose specifically in the context of a search for a worldview that would appropriately reflect not only the physical complexity of the world but also the meaning, value and dignity of life and culture. The central ambition of systems philosophers from the outset has been to contribute in practical ways to scientific and humanistic efforts to build societies grounded in the values of justice, freedom, social welfare and environmental stewardship.

"Systemology of the Future"
Presidential Address by David Rousseau at the 2018 Conference of the International Society for the Systems Sciences, on the theme of "Innovation and Optimization in Nature and Design", Oregon State University, Corvallis, Oregon USA, 23-27 July 2018.