The development and status of Systems Philosophy 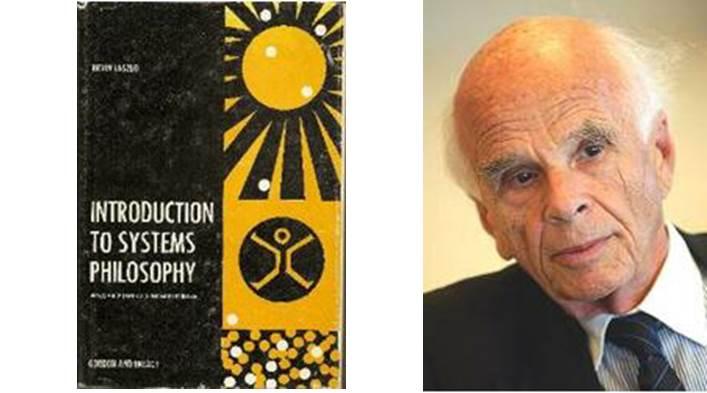 Although Systems Philosophy was only formally articulated as a disciplinary endeavour in 1972, the activities it incorporates have a long history in philosophy.  Western philosophy originated with the Pre-Socratic philosophers (7th – 5th centuries BCE), e.g. Heraclitus and Anaximander.  The Pre-Socratic philosophers were the first ones we know of who tried to work out the nature and dynamics of the world from observations and reasoning, rather than just basing their “world picture” (ontology, metaphysics and cosmology) on mythology.  The Pre-Socratic philosophers are a distinct group from the Classical Greek philosophers (4th – 3rd centuries BCE), e.g. Socrates and Plato, who tried to use reason to work out guidance for achieving flourishing individuals in a just society, rather than taking their “life view” (axiology and praxeology) from social tradition.  These earliest philosophical investigations were typically framed from a perspective we would today classify as systemic, in that to the ancient Greeks the world was a kosmos (something ordered, rather than a chaos), an ordered and harmonious structure in which everything was a living substance that tried to adjust itself according to its kind and its context.  In this way the early Greeks viewed the universe as a kind of great organism, rather than as a kind of great machine or a great jumble. 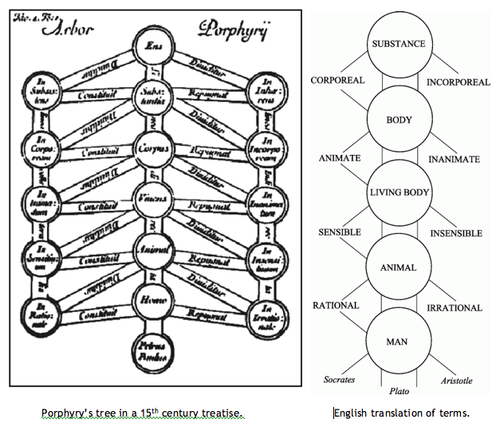 It is in the works of Aristotle (4th century BCE), who integrated the Pre-Socratic and Classical traditions of Greek philosophy, that we find the earliest explicit reflections on the nature of systems, and the first systematic approach to the organisation of knowledge.  It was Aristotle who first pointed out that a system is more than the sum of its parts (saying otherwise it would just be a heap), and he created the first synthesis of all the main branches of learning, establishing a classification of categories that was later diagrammed as a kind of complexity hierarchy (the “Tree of Porphyry”, 3rd century CE).

This promising start was diluted with the rise of Scholasticism in Europe in the medieval period.  Scholasticism integrated “worldviews” (world picture and life view) with Christian theology, creating the hazard that theories based on reason and observation that contradicted theological dogma would be classed as heresies.  In this period, the object of studying Nature was not to understand Nature but to gain insight into the nature and intentions of God.  This approach was sophisticated in the sense of assuming the experienced reality was not fundamental but a kind of by-product of a deeper underlying casual foundation that could be revealed via direct investigation.  However, this approach was unsophisticated in merely trying via investigations to affirm or illuminate dogmas about, rather than refine assumptions about, the nature of the underlying reality.  Nevertheless, important conceptual models that remain influential for the scientific systems philosophers of today were developed in this period, e.g. by Thomas Aquinas (13th century CE) and Nicolas of Cusa (15th century CE).

From the 16th century onward we have a return to the scientific ambitions of the Pre-Socratics but under the influence of Galileo, Descartes and Newton we see the rise of reductionism and mechanicism, and a devaluing of the kind of organismic aspects of Nature that impressed the ancient systemists.  The significance and power of the reductionistic paradigm is beyond question, but as the scientific era unfolded it became increasingly clear that linear reductionism and physicalistic mechanicism are inadequate for revealing the full nature of the reality underlying the phenomenal world, because it appears unsuitable for analysing the nature of life, sentience and sapience without losing the essential features of these phenomena. 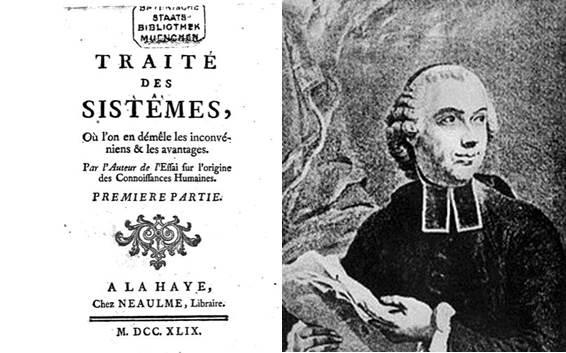 Students of living, conscious and rational beings however soon re-introduced the ancient systems perspective.  The first scientific discussion of systems was given by a French philosopher, the abbot Étienne Bonnot de Condillac in his Traité des Systèmes ( Treatise on Systems ) of 1749.  This was soon followed by other important studies, including the work of statesman-philosopher Jan Smuts whose holistic theories were worked out (according to his biographer Hancock) in 1890 (but not published until 1926), physician-philosopher-revolutionary Alexander Bogdanov whose great work Tektology: Universal Organisation Science (published 1912 – 1917 in Russia) only appeared in German in 1928 (and in English only from 1980 onwards), and the work of biologist-philosopher Ludwig von Bertalanffy onwards from the 1920s.  1954 saw the founding of the Society for General Systems Research (SGSR) by von Bertalanffy, Kenneth Boulding, Anatol Rapoport, James Grier Miller and Ralph Gerard.  The SGSR strongly promoted the systems paradigm, and high points were the publication of von Bertalanffy’s book General System Theory in 1968 and Ervin Laszlo’s book Introduction to Systems Philosophy in 1972.

Von Bertalanffy’s premature death from a cardiac arrest in 1972, and Laszlo’s departure from academia into the visionary but politicised world of the UN’s Institute for Training and Research (UNITAR) in 1977, resulted in a significant loss of momentum in both general systems research and systems philosophy as co-ordinated endeavours.  However, the scientific and philosophical interest in systems and systemic processes never died out, and important contributions continued to be made by philosophers such as Ervin Laszlo, Peter Caws, Archie Bahm, Russ Ackoff, Robert Rosen, and Mario Bunge, and scientists such as West C. Churchman, Hans von Foerster, Ilya Prigogine, Umberto Maturana,  Lenard Troncale, Gerald Midgley, Alexander Laszlo and Cliff Hooker.

Major academic influences served to dim academic interest in general systems research and systems philosophy in the latter part of the 20th century.  Although the Behaviourism and Positivism that the ‘Bertalanffy Circle’ opposed eventually declined, it gave way to Postmodernism and Constructivism, philosophies that were as opposed to the general systems worldview’s moderate realisms as Positivism and Behaviourism were.  Moreover, in the philosophy of science, impressive doubts were raised about the possibility of unified knowledge and about there being ‘best’ pictures of the world to be asymptotically revealed by science.

All this started changing in the closing years of the 20th century.  The ‘science wars’ and other developments resulted in a significant moderation of both the reductionistic perspective of the physical sciences and the relativistic perspective of the social sciences.  In philosophy, new programmes of research in the philosophy of science developed important ideas surrounding “theoretical virtues” which once again affirmed that scientific progress can be objectively assessed.  Metaphysics rose again as a credible academic interest, and there has been a great upwelling of interest in both the nature of things (in philosophical terms, an investigation into the essences of things, on the conviction that concrete things have objective properties after all), and also in the nature of “causal mechanisms”, that is, processes that connect events to produce effects rather than just have correlations with phenomena.  These developments constitute a major revival of scientific philosophical interest in the phenomena and questions that inspired the founding of Systems Philosophy more than 40 years ago.  Contemporary philosophers working in the area of scientific realism with a sensitivity for systemic processes are often referred to as "the New Essentialists" or "the New Mechanists"  (but note that the term "mechanism" in this sense refers to causal processes that mediate, enable, limit or condition phenomena rather than to the machine-like 'linear production' models of how simple outcomes arise from singular causes).  Key figures in this area include Stuart Glennan, David Oderberg, Brian Ellis, Carl Craver, Lindsey Darden, Peter Machamer, Adele Abrahamsen, Bill Bechtel, Jim Bogan, Paul Thagard, Robert Richardson, and Bill Wimsatt.  Along with the revival of scientific metaphysics as a serious academic interest also came a revival of interest in worldviews, inspired by the efforts of philosophers such as Leo Apostel, David Naugle, James Sire, William Wallace, and Paul Hiebert.  Systems Philosophy is now distributed amongst many different academic groupings, but it is growing in importance and community attention.  It is often only loosely connected to the efforts of systems scientists involved in the development of General Systems Theory, but this only reflects the nascent state of General Systems Transdiscipline, and not a lack of academic philosophical interest in the nature of systems or the systems worldview.

A selection of references to contemporary publications relevant to Systems Philosophy can be found in our recommended reading list.